Details
Posted:
July 2, 2021
Location:
Cambridge, Massachusetts
Show Map
Level:
Experienced
Sector:
Government and National Lab
Work Function:
Other
Discipline:
Astronomy and Space Science
Preferred Education:
Current Undergraduate
About Smithsonian Astrophysical Observatory
The Center for Astrophysics combines the resources and research facilities of the Harvard College Observatory and the Smithsonian Astrophysical Observatory under a single director to pursue studies of those basic physical processes that determine the nature and evolution of the universe. The Smithsonian Astrophysical Observatory (SAO) is a bureau of the Smithsonian Institution, founded in 1890. The Harvard College Observatory (HCO), founded in 1839, is a research institution of the Faculty of Arts and Sciences, Harvard University, and provides facilities and substantial other support for teaching activities of the Department of Astronomy. The long relationship between the two organizations, which began when the SAO moved its headquarters to Cambridge in 1955, was formalized by the establishment of a joint center in 1973. The CfA's history of accomplishments in astronomy and astrophysics is reflected in a wide range of awards and prizes received by individual CfA scientists. Today, some 360 Smithsonian and Harvard scientists cooperate in broad programs of astrophysical research supported by Federal appropriations and University funds as well as contracts and grants from governmen...t agencies. These scientific investigations, touching on almost all major topics in astronomy, are organized into the following divisions, scientific departments and service groups.
Show more
Show less
More Jobs Like This
BACK TO TOP 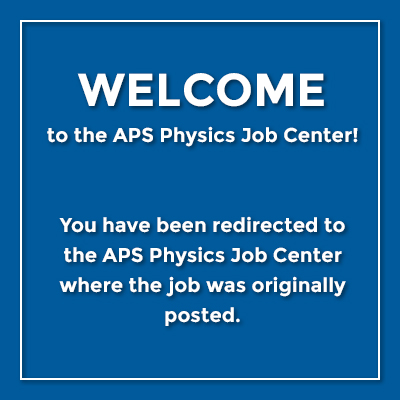